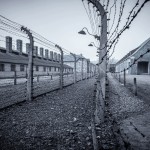 Israeli cargo ship owned by the Haifa based company ZIM was stopped from unloading its cargo in Oakland California’s Port Authority. The group that spearheaded the protest BDS (Boycott, Divestment, and Sanctions) is dedicated to outright attack on Israel’s sovereignty and a right to their own Homeland.A week before the Israeli Ship was to dock BDS members were passing out their … END_OF_DOCUMENT_TOKEN_TO_BE_REPLACED

Mahmoud Abbas gave a speech at the United Nations that was accusatory and out right inflammatory. Accusing Israel of war crimes in the recent defense “Protective Edge “a defensive move that Israel was forced into, a war that it did not seek. After relentless missiles that were fired into southern Israel by the radical Islamic group Hamas in the Gaza strip and the escalation of … END_OF_DOCUMENT_TOKEN_TO_BE_REPLACED