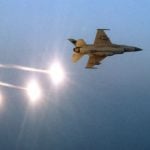 Idlib Syria may become the flashpoint for global war.  Free nations.net published an article on September 9, 2018 alleging that 200 United States and British forces were trapped in Western Syria the province of Idlib. according to the authors of the article the United States and British governments tried to negotiate with the Turkish authorities on removing their forces via … END_OF_DOCUMENT_TOKEN_TO_BE_REPLACED