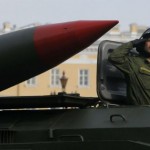 As Russia's economy crumbles under the stress of sanctions it reminds the World of what made them a force to be reckoned with. In a recent article in the Moscow times followed by that of the warning from former Russian Prime Minister Mikhail Gorbachev, Russia warns that it has the power to turn the tables. This may not be just an idol threat either, we so nowhere that President … END_OF_DOCUMENT_TOKEN_TO_BE_REPLACED

Woman Where Are They? By Kellen Davison for Israelinewslive.org Precaution: This is a longer article, but perhaps well worth your time A young Jewish man from the tribe of Judah (not a Rabbinical Jew) once said a Kingdom divided against itself cannot stand. No matter the focus, division can keep kingdoms, countries, communities and families from accomplishing a … END_OF_DOCUMENT_TOKEN_TO_BE_REPLACED

Regardless that the World hates the tiny Nation of Israel and every countries leaders have chosen to stand with the fabricated nation of the Palestinians, there is still one journalist that will stand for Israel's sovereignty. That man is Giulio Meotti an Italian journalist that not only knows the truth behind the scenes of a globalist agenda to over-throw the tiny nation in … END_OF_DOCUMENT_TOKEN_TO_BE_REPLACED 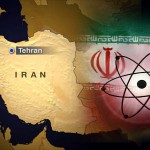 Blog Talk Radio's program Pesach Liana Show with Host Liana and Phil, with guest; Mark Langfan from Newsmax and Leslie Ann with  "The Israel Project" took a very interesting turn, about one hour and forty five minutes into the show when an a unexpected caller whom Phil Kirchner knows phoned into the show. The caller who is not being identified alleges that Iran already has … END_OF_DOCUMENT_TOKEN_TO_BE_REPLACED

What’s the Big Deal about a Covenant Anyway? By Kellen Davison for IsraeliNewsLive.org Marriage, one of the most sacred institutions created by God. For many today, marriage is often not viewed in the same light or seriousness and is often tossed around like a hot potato by the growing majority of people that can only hold onto it when times are … END_OF_DOCUMENT_TOKEN_TO_BE_REPLACED