According to the Russian news company Rusdialog.ru the Kremlin as just released a press report that President Putin received a sudden phone call from Israeli Prime Minister Benjamin Netanyahu. According to the briefing Netanyahu discussed the Israeli Palestinian situation - no doubt referring to the US non veto of Resolution 2334, and the fact that 70 Nations will meet in … END_OF_DOCUMENT_TOKEN_TO_BE_REPLACED 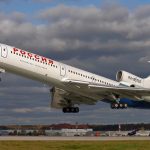 The evidence is starting to come in and though the Kremlin has not made an official announcement as to the cause of the crash of Russia's military passenger plane the TU-154 off the coast of Sochi - it is starting to look more and more like an act of War according to some experts. We recently listened to a Russian talk show where the guest was a Russian Reserve Colonel, he was … END_OF_DOCUMENT_TOKEN_TO_BE_REPLACED 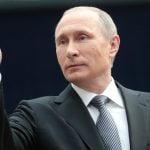 Very provocative move in President Putin's annual Press meeting that was aired by RT News. We watched the broadcast Live and were stunned at President Putin's remarks regarding Russia being the Strongest Nation against any aggressor. Fox News covered this report December 22, 2016 in an article titled: Putin: Russia’s military is stronger than ‘any potential … END_OF_DOCUMENT_TOKEN_TO_BE_REPLACED