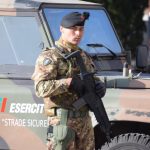 In a shocking Leaked news Germany has declared Russia to be its enemy and has been preparing military plans to go to war with the massive Grisly-Bear  According to a report issued on June 6th in German Economic News (Deutsche Wirtschafts Nachrichten, or DWN), the German government is preparing to go to war against Russia, and has in draft-form a Bundeswehr report declaring … END_OF_DOCUMENT_TOKEN_TO_BE_REPLACED 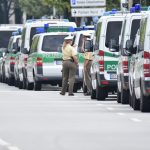 It what has become a week of Terror for German Citizens has become also a week of denial by German Authorities. What is it that German officials continue to deny the obvious that there country is being attacked by Middle Eastern men most with refugee status and refuse to acknowledge that it is terrorist related. Examine the facts German officials say that the suspects … END_OF_DOCUMENT_TOKEN_TO_BE_REPLACED