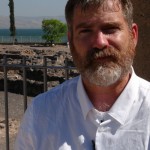 Russian News agency Tass has reported that Prime Minister Arseniy Yatsenyuk  has declared that Kiev will take back the Donbass region and will hold election for this area. It is quite clear now that Kiev's Prime Minister has the military backing of NATO  and the United States is bold enough to trash the agreement signed in Minsk. The Vatican's influence and aspirations to have … END_OF_DOCUMENT_TOKEN_TO_BE_REPLACED