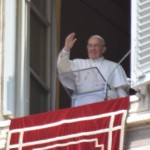 Pope Francis Does Not Care For The Poor! By Steven Ben-Nun Transcribed by Sister Torres MP3 Steven Ben-Nun: Erev Tov Chaverim; I’m Steven Ben-Nun you are watching Israeli News Live and we're gonna be reviewing some of the information we reviewed a last night. And the reason being is because it's very serious to say the least what's going on in the Middle East I … END_OF_DOCUMENT_TOKEN_TO_BE_REPLACED