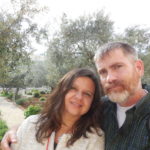 Sacrilegious Manifesto Circulating in Churches Refuting First Point  By Jana Bennun (unedited)  My last article entitled "Christians Embracing Rabbinic Prophecies " ended with the following words: 'My next article will expose the agreements that some Christian pastors (hirelings) and leaders made with the enemy and how they deliberately sold out their … END_OF_DOCUMENT_TOKEN_TO_BE_REPLACED

Saturday 28th on September doors open at 3:00 PM Hunters Point Celebration Center 2232 Hunters Point Pike, Lebanon, TN 37087 (615) 547-9420 Website for Hunters Pointe is: http://www.hpccenter.com/ Registration is not required but if you would be so kind to either call leave a message that you are coming and the number in your party or email Pastor Marc … END_OF_DOCUMENT_TOKEN_TO_BE_REPLACED

SPECIAL NPN EMERGENCY ALERT “ANTI-SEMITISM AWARENESS” BILL WORSE THAN “EQUALITY” BILL! By Rev Ted Pike 9/17/2019 Good news! The Christian-threatening, LGBT- promoting “Equality Act” could not face confrontation with hostile Senate Judiciary Republicans this spring. It went nowhere. Yet Democrats could still try to get it through the Senate Judiciary. NPN will sound the alarm at … END_OF_DOCUMENT_TOKEN_TO_BE_REPLACED 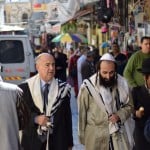 Prime Minister Netanyahu reacted to a message on Instagram posted by Rotem Sela. Ms Sela a well-known TV figure in Israel was blasting the cultural minister of Israel who had been warning against Arab parties in the upcoming election. She responded in part by writing 'Arabs, too, God help us, are human beings'. in a response to her posting Prime Minister Netanyahu wrote … END_OF_DOCUMENT_TOKEN_TO_BE_REPLACED 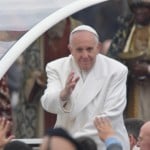 The Greatest Sell-Out This document is unabridged courtesy Brother Bill Steven Ben-Nun: Shalom Chavrim. My name is Steven Ben-Nun. You're watching Israeli News live. It's been nearly six years ago, March 13th, 2013 after the announcement of Jorge Bergoglio, the Argentine cardinal who was elected to become the pope of Rome, the next pope of Rome. Pope Benedict who had … END_OF_DOCUMENT_TOKEN_TO_BE_REPLACED